"Night of the Living Dead" Turns 50: The Zombie Effect 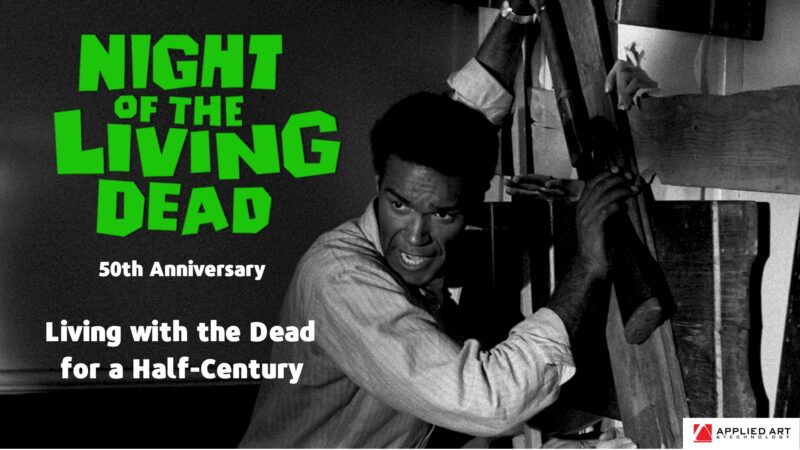 50 years ago this month, a then-unknown director of television commercials and industrial films made a movie that would change the face of horror forever.

That director was George A. Romero (who sadly passed away last year at the age of 77).

The movie? Night of the Living Dead.

Shot in rural Pennsylvania on a measly budget with a cast of non-professional actors, Night would take the moviegoing public by storm, carried primarily by strong word of mouth.

And for good reason. The film’s story, while simple, is oh so effective, following seven people who are trapped inside a farmhouse and fighting for their survival against a horde of reanimated corpses.

Oh, and the corpses happen to feast on the flesh of their victims. So, yeah…best to board up those windows.

In honor of the 50th anniversary of Night of the Living Dead (and in the spirit of Halloween), we thought we’d take a closer look at Romero’s iconic thriller. More specifically, we’re interested in how the film has impacted the horror genre, independent filmmaking and even American society at large (not to mention one of Applied Art & Technology’s most successful spots to date).

With no major studio backing him and just a handful of investors at his side, Romero was able to complete his first feature film on a tiny budget of $114,000 — a minuscule sum, even in 1968 dollars.

So, how was Romero able to create such an enduring film with next to no money? The answer is simple, really: guerrilla filmmaking.

Often used as a creative method by independent filmmakers, guerrilla filmmaking is defined by the use of low budgets, minimum crew members, real locations and simple props based on what is available at the time of shooting. 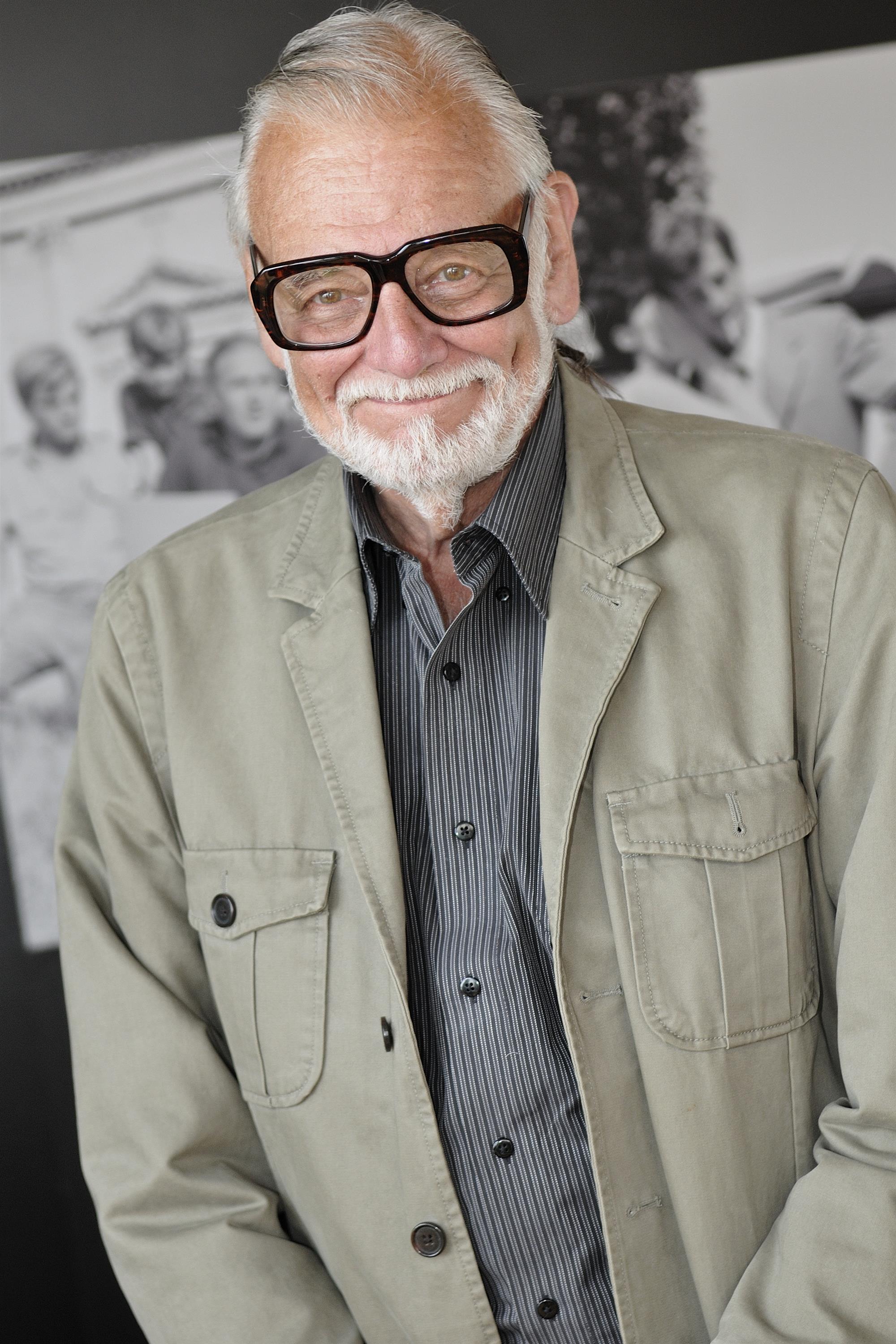 Much like the scraps of wood the group of survivors uses in the film to board up their makeshift shelter, Romero and company pieced together their film with the tools that happened to be in arm’s reach.

For example, the farmhouse featured in the film wasn’t chosen primarily for its aesthetic advantages but because it had been recently scheduled for demolition. As a result, damage caused to the house during filming was permitted, saving the crew considerable time and money.

Other examples of on-set improvisation include the corpses’ blood, which was actually Bosco Chocolate Syrup, and the zombies’ ragged costumes, many of which came from second-hand clothing owned by the cast members.

Even the process of filming was dictated by tight budgets, as Romero was forced to shoot on 35mm black-and-white film in the Academy Ratio of 1.37:1, which was less expensive than using color film or a widescreen anamorphic format.

The result was a truly “guerrilla-style” picture that more closely resembled wartime newsreels and documentaries than the lavishly produced Hollywood epics of the decade.

Night of the Living Dead benefited from this rough and worn visual style, which made the action on screen more immediate, more visceral and more real. And as it turned out, audiences were eager to accept this new type of documentary expression, voicing their approval with the almighty dollar.

In the end, Night of the Living Dead would gross $30 million in global box office receipts, more than 250 times its budget.

Still, the remarkable — and unexpected — commercial success of Romero’s handcrafted horror film did not come without its fair share of controversy.

“They’re Coming to Get You (with Social Commentary), Barbara!”

Night of the Living Dead would not be considered the masterpiece it is today if it was merely a well-made, low-budget horror flick. Because it’s not. It’s much more than that.

Romero’s film really transcends the horror genre by tackling a number of social issues — with its story, casting and use of explicit gore serving as open critiques of traditional American ideals.

Surely, Romero’s most apparent act of subversion was the casting of Duane Jones, an African-American stage actor, in the lead role of Ben. Outside of Sidney Poitier, it was rather unheard of for any men of color to be cast in lead roles in Hollywood productions. 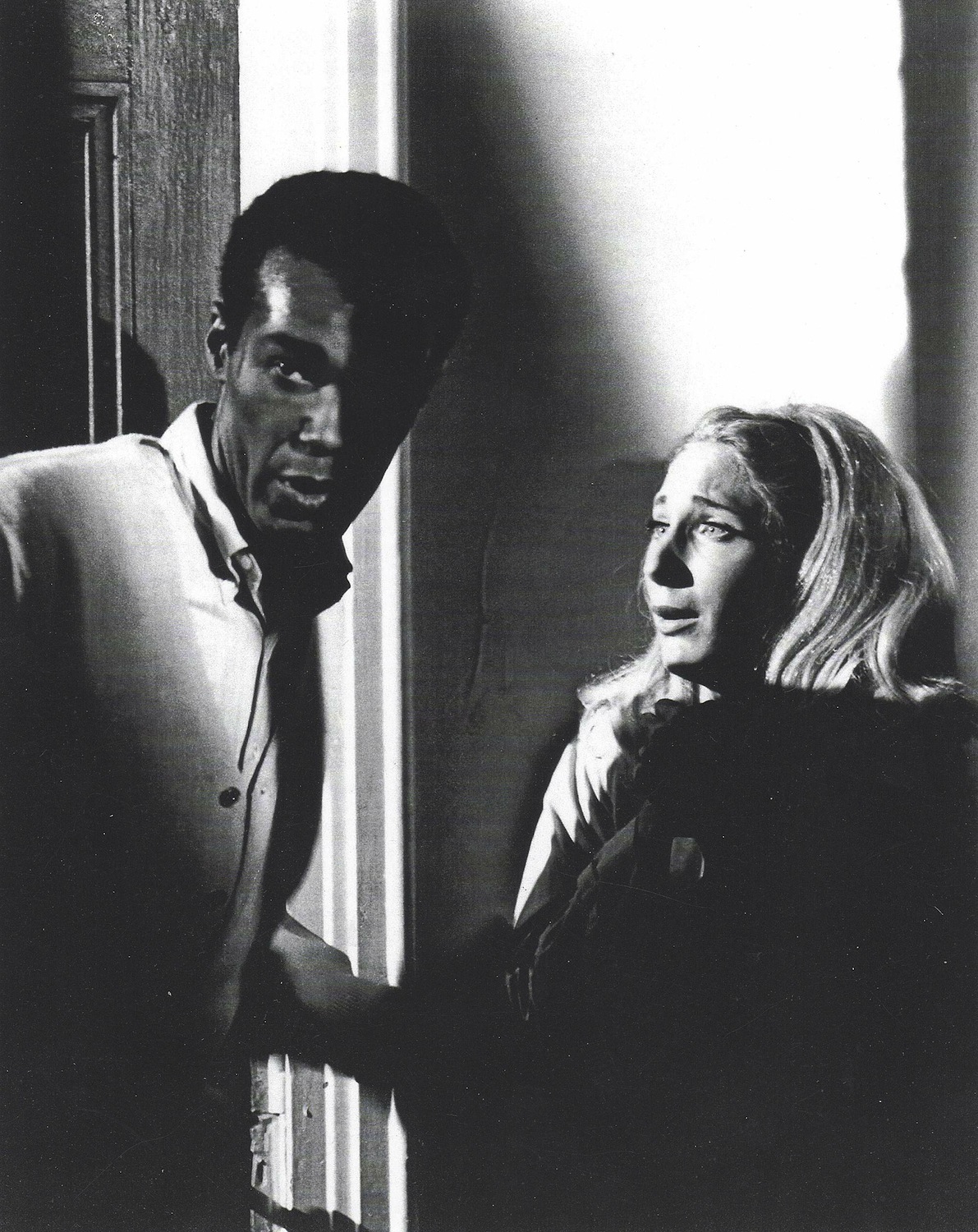 But Romero, who was working outside of the Hollywood studio system, was able to choose his cast as he saw fit. Reportedly, Romero decided to go with Jones because he simply “gave the best audition.”

While Jones’ race (fortunately) didn’t act as a barrier to his casting, it did influence certain elements of his characterization in the film. Without offering any spoilers, let us just say that the character of Ben is very much rooted in the turbulence of the Civil Rights movement that had reached its zenith in the late 1960s.

Other issues that Romero was not afraid to address (mostly through subtle jabs) included: the Vietnam War, Cold War paranoia, distrust in government, consumerism and the breakdown of the nuclear family.

As scary as it is subversive, Night of the Living Dead remains the true benchmark for all future horror films that aspire to create commentary out of chaos.

Beyond the film’s tremendous impact on independent filmmaking and socially conscious horror, Night of the Living Dead has seen its farthest-reaching influence appear in the form of the modern-day zombie.

Curiously enough, the word “zombie” isn’t uttered once in the film. Instead, the flesh-eating creatures that storm the boarded up farmhouse are merely referred to as “ghouls.”

Before 1968, the word “zombie” was linked to Haitian folklore and was frequently used in fiction to refer to mindless henchman controlled by voodoo and other forms of magic.

Romero, who was long referred to as the “Godfather of the Dead,” single-handedly redefined the word “zombie,” introducing the now widely-accepted depiction of living dead flesh-eaters.

Night of the Living Dead would have an incredible impact on the horror genre, influencing every zombie-themed movie and TV show that came after it. Examples include: Romero’s own Dawn of the Dead (1978) and Day of the Dead (1985), the virus-infused 28 Days Later (2002), horror-comedies like Shaun of the Dead (2004) and Zombieland (2009) and, of course, the wildly popular series The Walking Dead (2010 - present).

A couple years ago, we at Applied Art & Technology were feeling inspired to follow in Romero’s undead footsteps with a spot for the Greater Iowa Credit Union. In it, we capitalized on the popularity of The Walking Dead at the time, creating a video that featured zombies humorously using the credit union’s mobile app. Click here to see the 2016 spot. 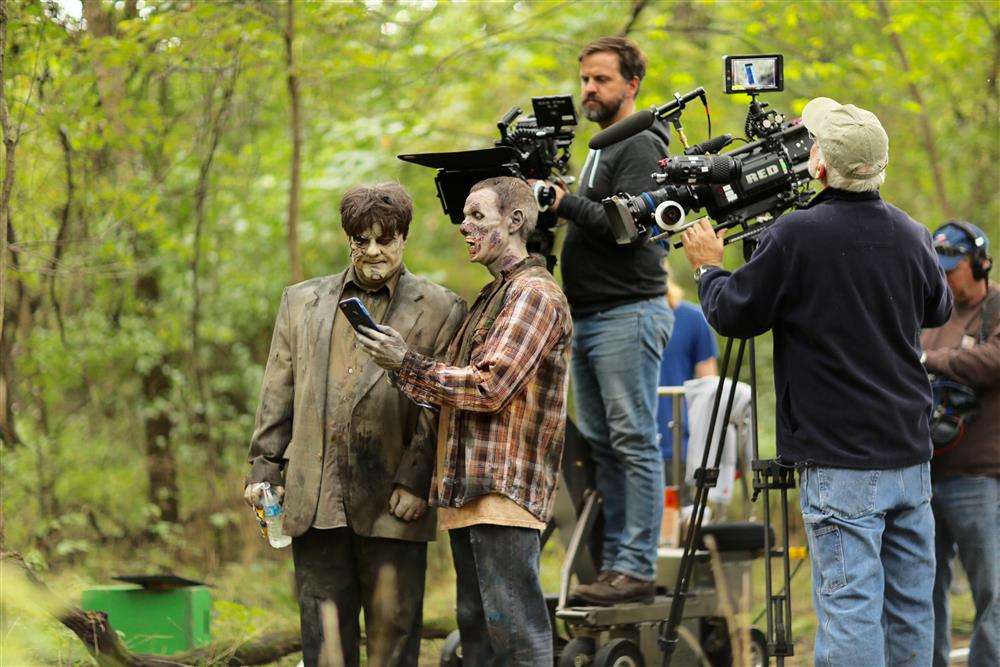 Behind the scenes photo of our creative team on set.

50 years later, and horror heads and film fans alike are still talking about Night of the Living Dead. From books to movies to TV, George A. Romero’s landmark low-budget thriller really did breathe new life into the horror genre (and yes, pun intended).