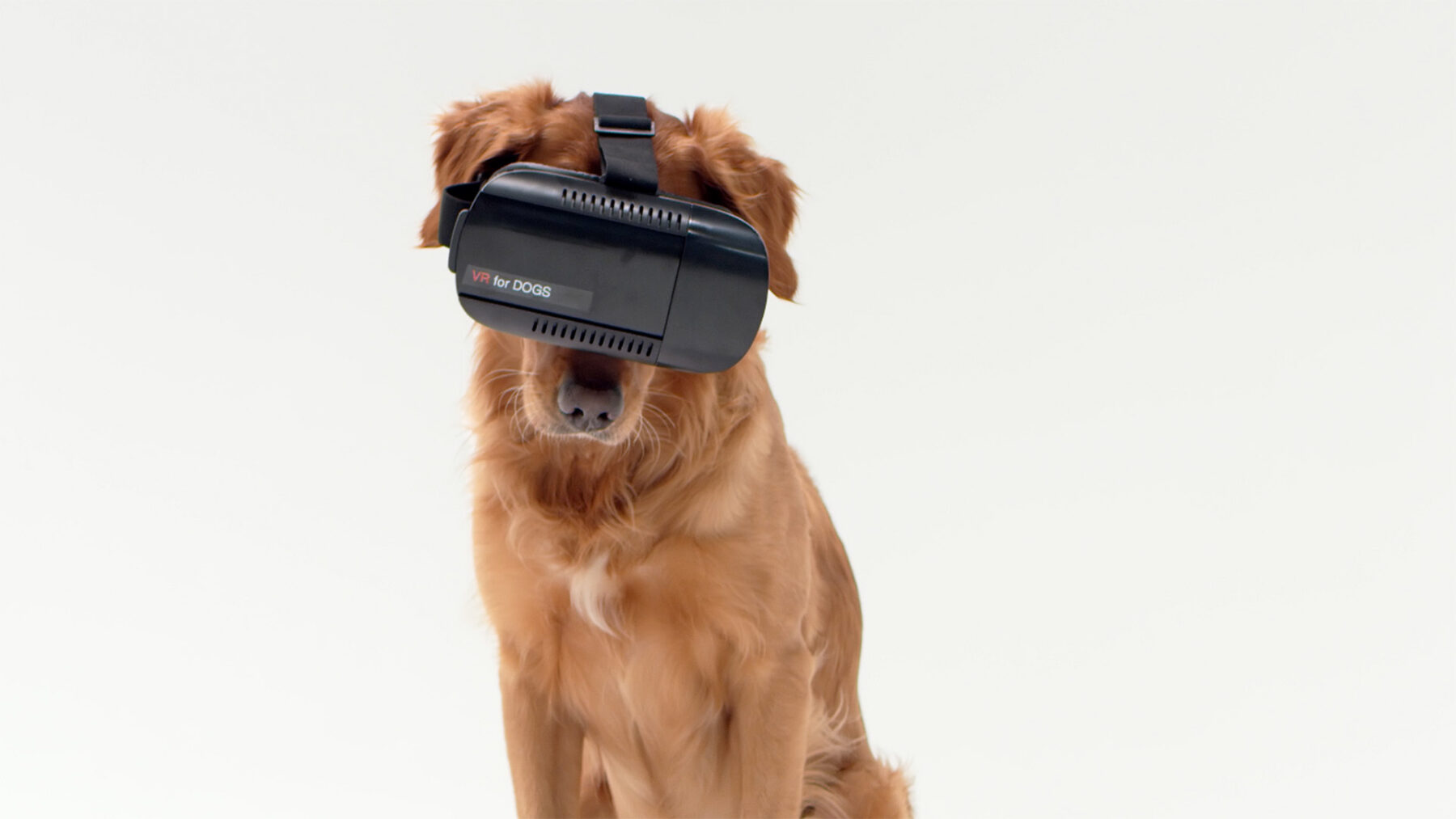 Like many great ideas, VR for Dogs was born of long hours staring at the road ahead on a cross-country car trip. Mark Wilke gives Nyx, his 2-year-old Belgian Tervuren a scratch behind her ears as he thinks back to when the idea first came to him. “We were all packed into our Suburban, driving to Akron for a dog show. The dogs are always so restless once we arrive; I thought there needed to be a way to keep them entertained on the road, you know, like everyone else is, with their smartphones or iPads.”

“We had been experimenting with immersive video in the virtual reality realm. Why not make VR for dogs?”

Americans spend $2.1 billion every year on pampering their pooches. From 2000 to 2011, there was a 73% increase in the average amount spent on services and luxury items, like elaborate birthday cakes and plastic surgery. Today more than in years past, pets are truly a member of the family.

“The response to VR for Dogs far exceeded our expectations,” says Wilke. After testing the hardware and different environments on a small test group, the starter package (available now) was developed and refined. “We had to work out some kinks early on. The first generation of VR goggles were not wireless, and the dogs destroyed the cords. One of our early immersive environments involved squirrels … it caused a lot of collateral damage.”

Since launching VR for Dogs earlier this year, 1,089 units have been shipped. And as word spreads, the orders keep increasing. “We now have a full-time staffer just to handle the incoming orders and shipping.” Additional content is being developed and tested for release this summer. “Sometimes something just makes so much sense, you wonder ‘why didn’t someone already try this?’ It’s been a journey. Thinking about content from the dog’s perspective has given me a whole new insight.”

Early testing on VR for Cats has been unsuccessful. Click on the video to learn more about VR for Dogs by Applied Art & Technology.