ARKit: The future of marketing 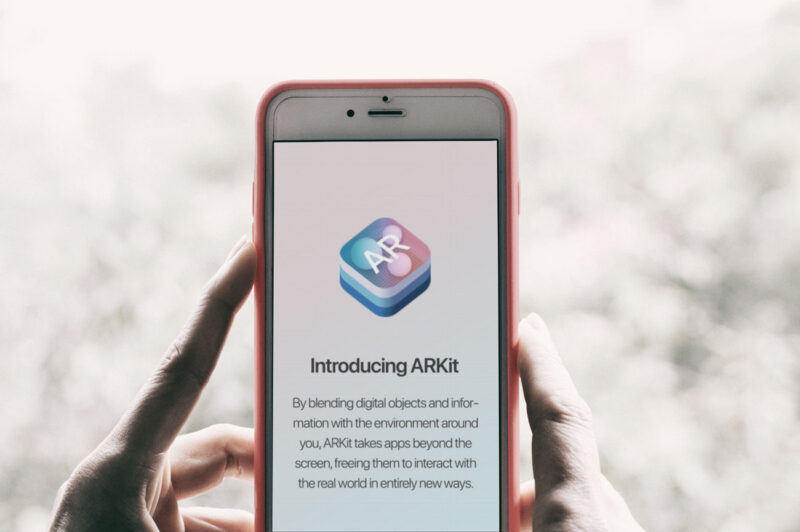 There has been plenty of buzz surrounding Apple’s iPhone 8, rumored for release in September. However, the most noteworthy update the technology giant is planning on releasing this fall isn’t a new iPhone. It’s actually something called ARKit, and it may very well be the most important technological development this decade.

ARKit is a tool for developers to easily build apps using augmented reality (AR), which is a technology that effectively overlays digital graphics onto a user’s view of the real world.

This new feature from Apple is a big deal, and here’s why: Apple’s ARKit enables developers to create powerful, accurate and realistic AR experiences with relative ease using a consistent framework. This will open the doors for more app developers to take advantage of the incredible power of augmented reality, resulting in a surge in mobile app development – not unlike what happened after Apple’s initial launch of the first iPhone.

Best of all, ARKit will be compatible for all iOS 11 supported devices, including all models from the iPhone 5s to the newly released iPhone 8.

One of the most highly anticipated apps to grow out of this new toolkit comes by way of international furniture titan IKEA. IKEA’s app will be available on ARKit’s launch day, and it promises users the ability to digitally visualize thousands of IKEA’s products in real world, three-dimensional environments.

What this means is that users will be able to overlay digital representations of IKEA’s products onto various rooms in their house – all through the view of their mobile device. Thanks to the power of AR technology, apps like this one will allow users to preview their purchases, resulting in more informed and committed consumers.

And AR isn’t just limited to smartphones. Some people have speculated that Apple will release their own line of glasses within five years, specifically for augmented reality. A successful roll out of AR-equipped glasses would optimize the AR experience since it would eliminate the need for users to hold a phone in their line of sight.

Both Google and Microsoft have previously made efforts to jump into the AR arena using glasses with varying degrees of success. Google, in particular, suffered from privacy, safety, and fashion concerns with their initial launch of Google Glass back in 2013. However, Google has since re-oriented their marketing strategy for the formerly maligned headgear.

Just this year, Google announced plans to release the Enterprise Edition of Google Glass, specifically designed for the workplace. Experts predict that this workplace version, along with other products like it, will make a huge splash in settings like warehouses, factories, and even medical practices. In fact, according to a recent Forrester Research report, nearly 14.4 million US workers will wear smart glasses by the year 2025.

These are just two of the countless exciting developments currently taking shape in the world of AR. And fortunately, this is just the beginning.

After all, independent developers have only had access to the new ARKit functionality for the past few weeks, and a bevy of groundbreaking concepts have already been posted online. And yet, we haven’t even begun to see the nascent technology’s full potential.

When full access for Apple’s ARKit is released in September, things will move quickly. Soon, you might be using your phone to try on clothing, visualize directions, learn guitar, test paint colors, or check out a new car from the comfort of your driveway. There is a very real possibility that this technology will significantly change the ways in which we interact with brands through our mobile devices.

Apple’s entry into AR will push the budding technology into the mainstream, creating the largest AR platform in the world by leveraging hundreds of millions of compatible iPhones. For those in the business world and the tech industry alike, this will undoubtedly prove to be an extremely promising and lucrative medium to dive into. Marketing teams, in particular, would do well to pay attention.

As a way to keep up to date with this surging technology, we’ve included three of the most inspiring and innovative examples of ARKit so far!