How Old Do I Look? 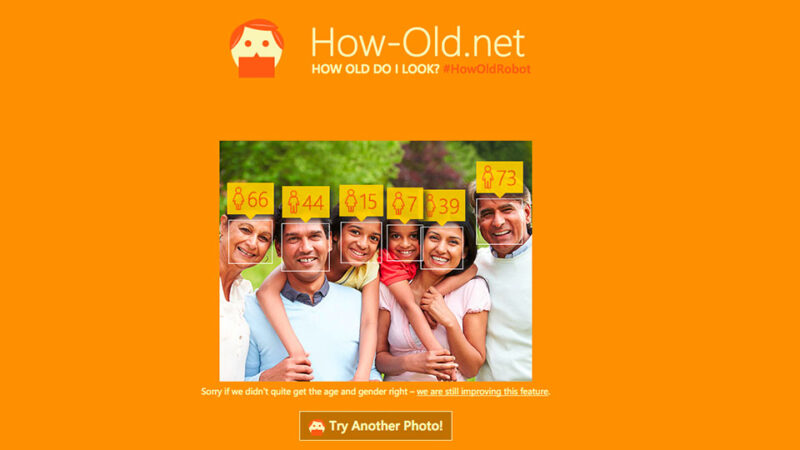 You may have heard about the “How Old Do I Look” website that was launched last week by a couple of developers at Microsoft and has since gone viral. You can upload a photo of anyone and the site will try to determine the gender and age. It’s sometimes amazingly     accurate and other times hilariously wrong.

The site was built as a demonstration of Microsoft’s Azure machine learning suite of API’s. An API allows third party developers to integrate functionality from other software into their own programs. Machine learning typically involves creating algorithms that look for patterns in large amounts of data. They then can modify themselves (learn) to be more accurate by utilizing a feedback loop. The more data the algorithm is exposed to the better it learns.

What does this mean for marketing and advertising?

Imagine looking into a shop window and have the digital display change to present content based on who you are? Or digital signage that can see you and tailor its message to be more relevant for you? Sound creepy? It doesn’t have to be. It’s really no different than if the shopkeeper recognized you and showed you something he thinks you might like.

Everyone wants to know about the things that they are interested in. One definition of spam is that it is irrelevant content. We are bombarded by messages that we don’t care about. The ability to better target messaging is what we try to do on the web. Technologies like face detection will allow us to bring more relevant messaging to screens where that hasn’t been possible before.

Although this technology is not quite there yet (I am sure the government has had something much more powerful for years) it is evolving rapidly and the fact that Microsoft and other companies are providing it to developers opens the possibility for some interesting applications.

How developed is machine learning?

Perhaps the test of machine learning’s ability is if the machine can learn what humans have learned already: When you are guessing a woman's age - guess low.