Dumplings and YouTube: A Match Made in (Food) Heaven! 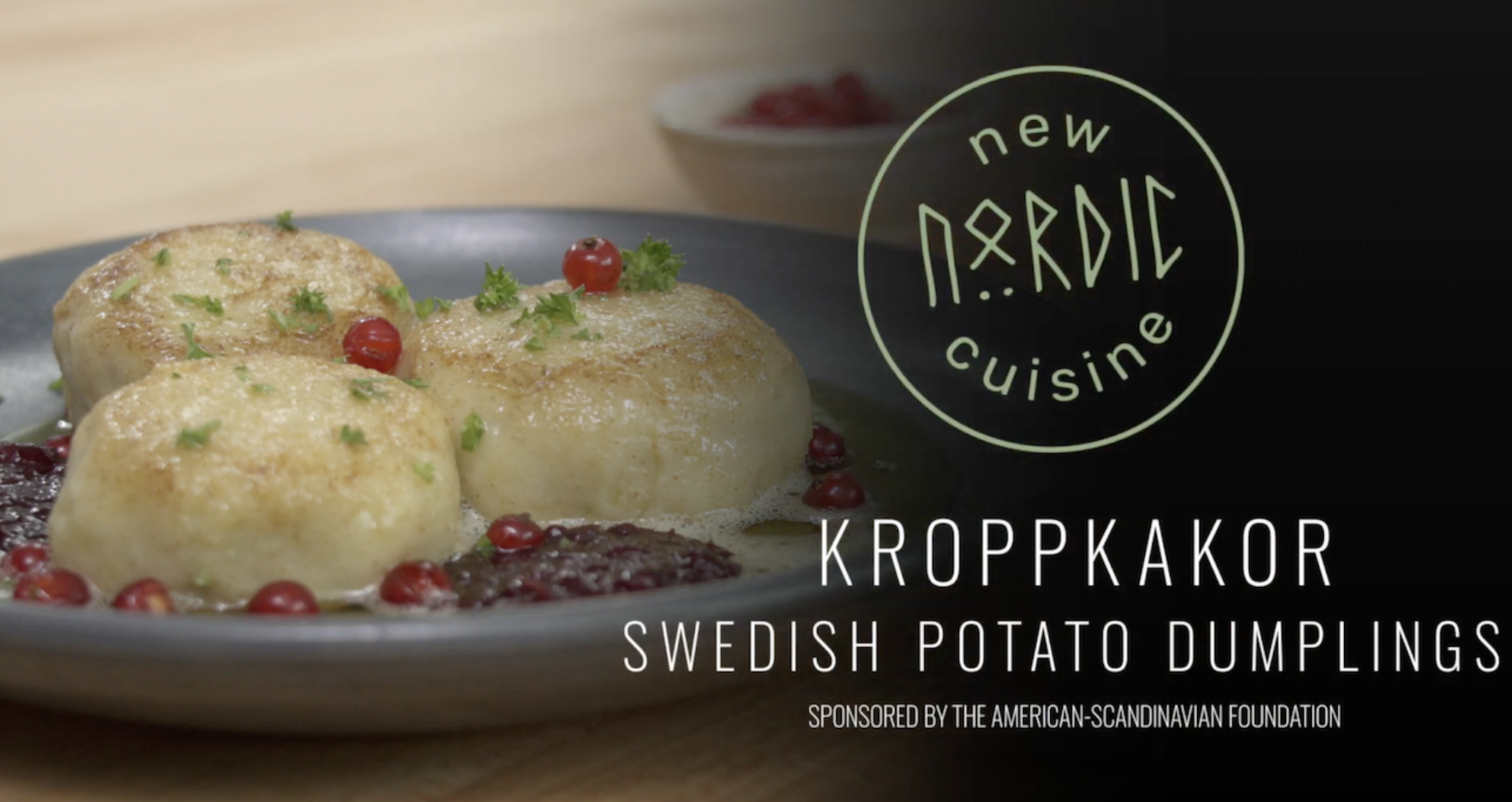 Imagine, for a moment, that you're eating a delicate, bite-sized treat filled with fried onions, bacon and spices, wrapped in a thin layer of dough and served with butter. They can be both savory and sweet…especially when served with Sweden’s iconic Lingonberry jam.

Are you hungry yet?

These are the telltale signs of Swedish dumplings, also known as “Kroppkakor.”

We recently produced a “Kroppkakor” recipe demonstration video for the Nordic Cuisine YouTube channel. The video was produced in collaboration with the Museum of Danish America, located in Elk Horn, Iowa, for their New Nordic Cuisine video series.

New Nordic Cuisine is a culinary movement that was developed in the Nordic countries and Scandinavia in the early 2000s. It sought to reintroduce dishes made from the region's locally native ingredients. It’s now an award-winning cuisine that has eclipsed French and Italian, becoming one of the most influential food cultures on the planet.

Chefs have even made headlines for using exotic ingredients, like wild reindeer blood and live ants (people say they taste like lemongrass, apparently).

But enough about ants…let’s get back to dumplings!

In the video, Eva walks us through her recipe, from start to finish, and teaches the audience how to make their own delicious and hearty dumplings. (I was lucky enough to try the dumplings after shooting wrapped, and I still dream about them to this day…*chef’s kiss*).

Soon after it was uploaded, our video caught the attention of Food Insider, a highly-popular YouTube channel with over 3 million subscribers!

Food Insider asked to use some clips in a video for their channel titled “What Dumplings Look Like Around The World.” The video compiled different types of dumplings from over 20 countries, including China, Italy and, of course, Sweden.

To date, the Food Insider video has netted over 490,000 views! What can I say? People love dumplings.

We were very pleased to have our video featured on a YouTube channel with so many subscribers. Click below to watch our original Swedish dumplings demonstration video, as well as the Food Insider compilation!