Immersive Video; Creating an Experience in 360° 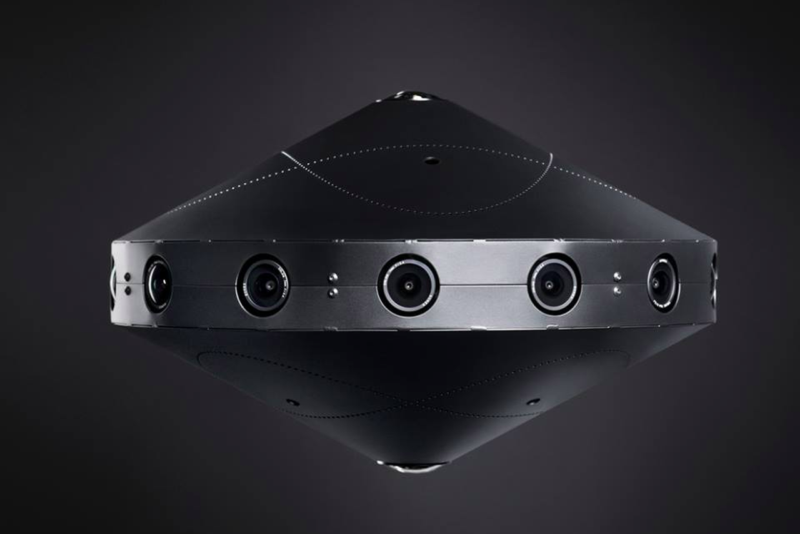 You stand on your surfboard off the coast of Tahiti. You look back to see the wave begin to swell behind you. You steer into the oncoming wave and begin to climb the wall. Looking left, you can almost touch the surface. Above you can see the pipe curling over your head. You exit the tube just as it begins to collapse behind you. You take off your VR headset. You’ve just experienced 360° video.

360° video is created by a camera system that is capable of capturing video 360 degrees around a subject. Depending on the system, this can be a 360° panorama or a complete sphere (360° horizontally, 180° vertically) around the scene. Some systems are also capable of producing stereoscopic video for an even more immersive experience.

While 360° video is relatively new, there are already a wealth of hardware choices available to create content. On the low end, there are options for consumers from Samsung and LG that work with their latest flagship phones, or standalone devices from Ricoh and Kodak. While easy to use, the final product tends to be low resolution when viewed on a headset, but will still look decent when viewed on YouTube or Facebook.

In the mid-range category, there are single device systems like those from Nikon and Sphericam, as well as multi-device systems using small arrays of GoPro cameras. This level offers increased sensor sizes, better onboard processing, wider fields of view and increased frame-rates.

The high-end of 360° video systems generally use a large array of independent cameras. But there are the rare examples of single device systems from unlikely sources, such as Nokia. Google has teamed with GoPro to release the Odyssey, a 16-camera rig. And Facebook is set to release its Surround 360° reference design this summer. Systems such as these, with support for stereo imaging, will provide the highest fidelity 3D experience for VR headsets.

High-quality cameras are only part of the technical requirement for great 360° videos. For systems using multiple cameras, there has to be a way to merge the separate video streams into one seamless video. Some setups with a small number of cameras are able to 'stitch' the streams together onboard the device. But for most of the larger camera systems software is required. Much like the cameras, there is a wide range of quality in software and its output. Some camera manufacturers include their own software with the hardware, while others (especially those selling just the rigs to mount your own cameras) will require third-party software to perform the stitching.

While even the novice can now create 360° video, it takes an experienced video production team, plus a new way of thinking, to make truly compelling immersive video. Applied Art & Technology began experimenting with 360° technology early in its development and has over ten years of experience. Looking for ideas on how to use 360° video to create a more engaging experience? Let's talk!