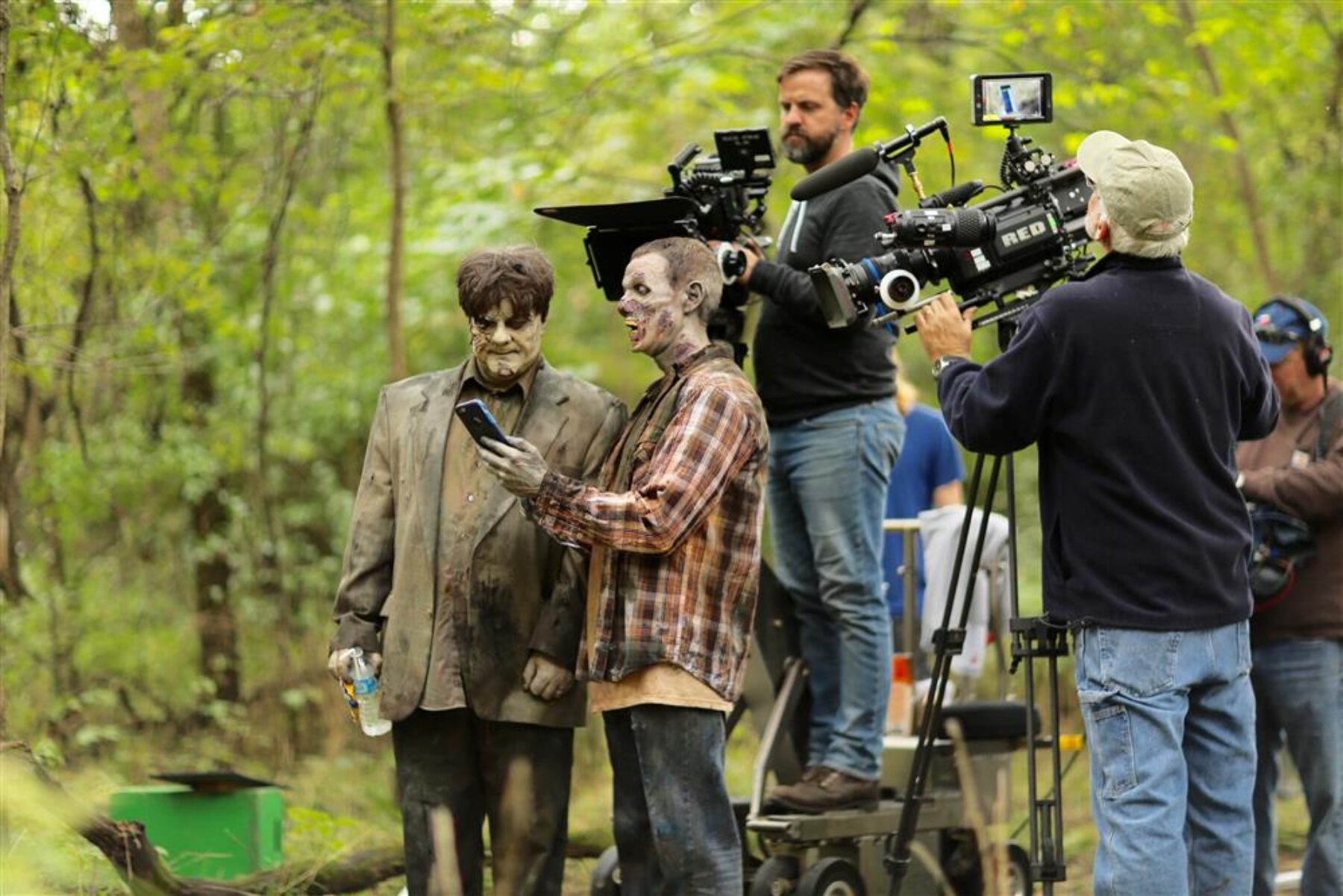 October. The temperatures are cooler and the smell of pumpkin spice fills the air. The fall TV schedule is finally starting to kick in, and the new season of Walking Dead is finally here. Is there a better time to produce a zombie spot?

Recently, Applied Art & Technology had the opportunity to produce a TV spot with Greater Iowa Credit Union. A commercial, featuring a couple of the walking dead, that will air only during the Walking Dead and the after show, Talking Dead. The concept was to make the spot look like a continuation of the show. In the first few seconds we see a couple creepy zombies stumbling along a path in the woods…until a surprise sound pulls the zombies out of character.

To make this happen, we assembled a team of experts. We enlisted Wetworks SFX Studios from Omaha to create the authentic, high-end zombie look. The Wetworks team spent five hours applying makeup and prosthetics to our actors before the shoot, and were on hand for constant re-zombification throughout. Our actors are veteran improvisers who have been working together for years. They have a built-in chemistry and ability to riff back and forth effortlessly.

Our production crew found the location and shot the spot using two cameras. And when we got into edit, we sifted thru dozens of lines and reactions to set the right tone. We even managed to track down the actual voiceover artist used for AMC’s Walking Dead promos. Sound design and color correction rounded out the post production process, and added just the right amount of eerie. A killer spot for a killer app.

Do you have an idea that requires an extra level of expertise? Let’s talk!