A Developer's Highlight Reel from CES 2016 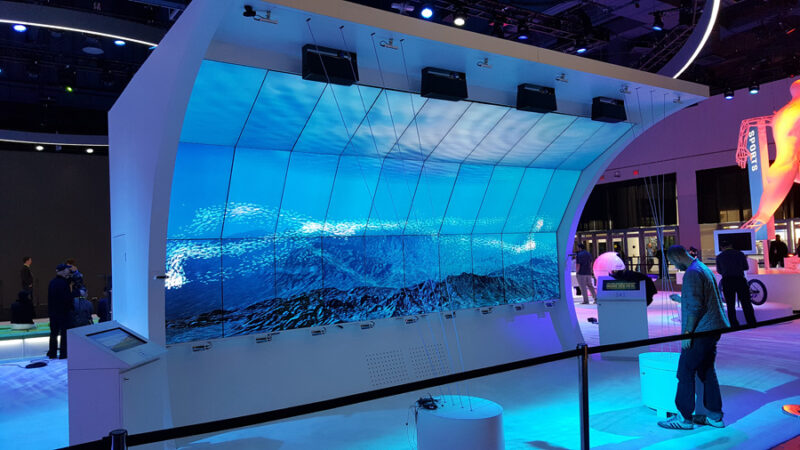 As an interactive developer, I’m pretty much always on the hunt for fresh technologies with surprising uses. And when it comes to trade shows, I’ve built enough interactives to know that the goal on a trade show floor is as much getting people to remember your brand as it is introducing new ideas.

So when an on-site project took me to the Consumer Electronics Show a few weeks ago, I was excited to see what the biggest players were bringing to the table. This annual 3-day tradeshow in Las Vegas is known for presenting a little of everything in the tech world – including the cutting-edge, the strange, and the amazing. And what I saw did not disappoint. Here’s my recap of CES 2016.

VR for the Average Joe

Virtual reality for the consumer market has been a long time in the making. I remember, back in the 90s, traveling from Iowa to Navy Pier to try virtual reality pods. My friends and I could put on headsets and shoot each other. It was cutting edge at the time, but each pod cost $50,000. Now that technology has come so far and the lower prices make it more accessible for the mass market. It's just a matter if people will adopt it - and soon. At CES, an entry-level VR product that I found interesting was Realiteer, which touts “Virtual Reality for Everyone.” You use a cardboard viewer with your phone and use cardboard to track your head. How does it work? Check it out.

As far as the viability of VR in the life of the Average Joe, it’s hard to say. The many variations of VR tools show that there is no perfect solution to the VR experience yet. While early adopters might be eager to get in the game, it could be a while before these tools are adopted by the mainstream. 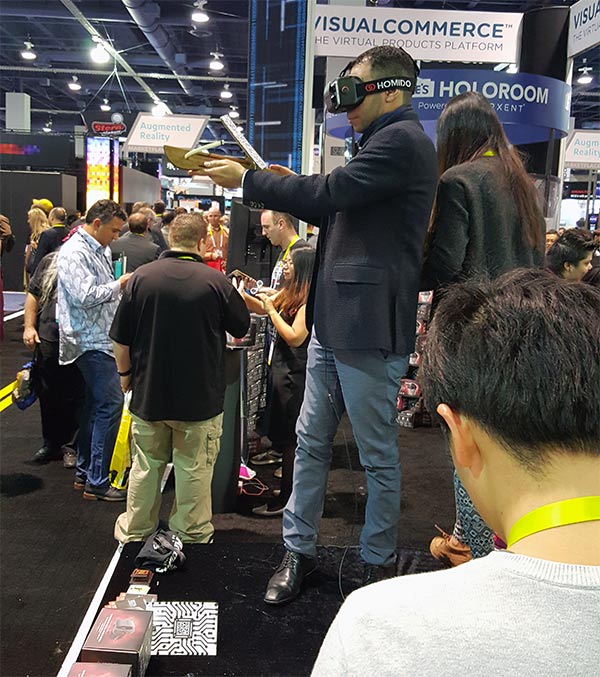 Another trend? Virtual reality. Whether vendors were selling virtual reality or using it to sell other things, VR was there in a big way.

One application of VR was in high-end gaming, with Oculus as the hands-down most common technology I saw. I saw it for bow hunting and shooting games, driving games, and more. For players interested in testing out this technology, Oculus offers a lot for the money. A starter kit is $599, the cheapest it’s ever been. For most gamers, though, the price point is still fairly still high, considering that on top of $599 for Oculus, they’d also need a beefy PC to handle all the processing and graphics.

One example of a different VR device is from ANTVR. It’s different because it allows the user to wander freely through a space. The headset is not mechanical, so is less likely to break down. Compared to a device I liked less is Virtuix by Omni. To use it, you have to have a platform and be tethered to the device. You’d be less likely to use this in a living room, for example, as you’d need a huge space. 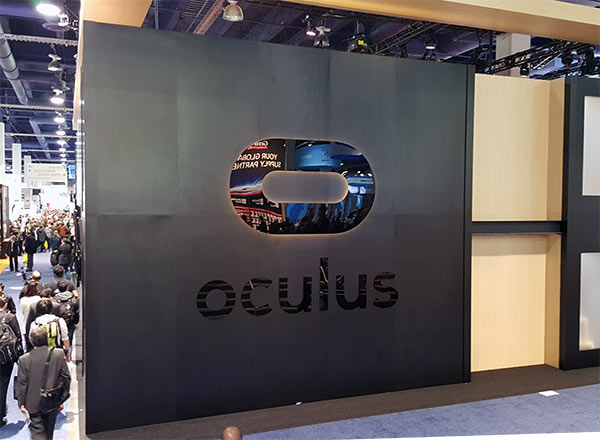 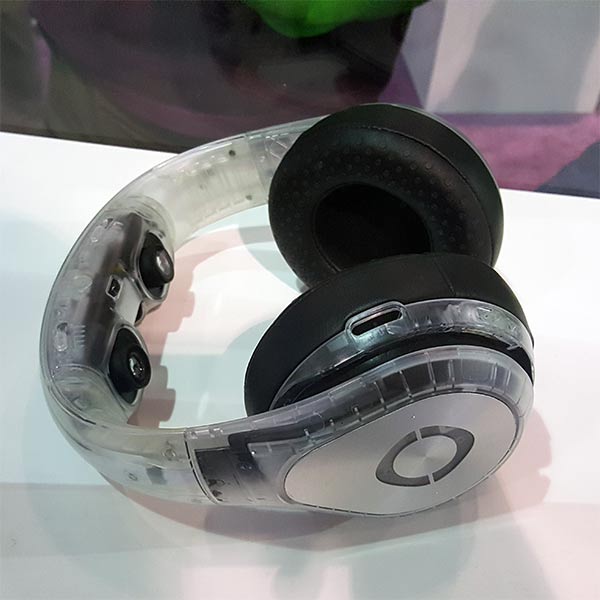 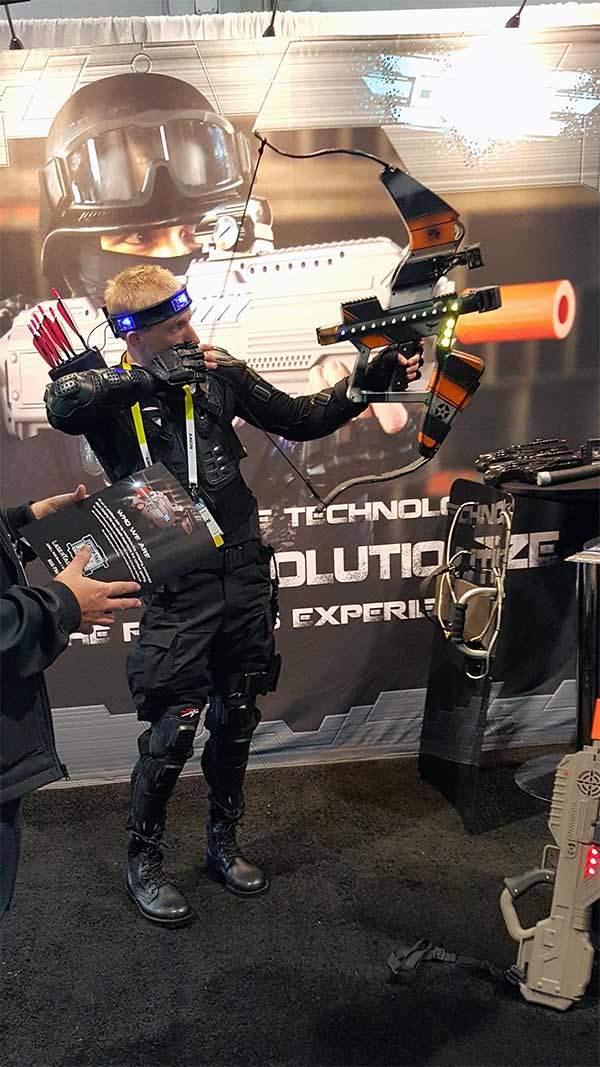 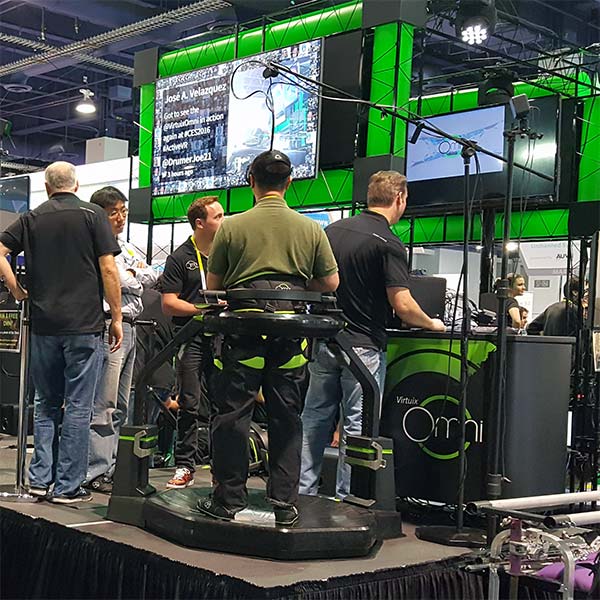 From a production and video perspective, there were many rigs for producing 360 video to make VR content. Imagine the scene in the Matrix where the shot of Neo freezes and rotates around him while he’s in an impossible backbend. Like that.

From the reaction at CES, people seem ready and excited to create VR content, but it’s a matter of cool versus cost as to whether someone will adopt it. Take 3D video as a comparison – both 3D and VR have been in development about the same amount of time. 3D technology is available, but has not been adopted widely. I think VR video will do better than 3D. It’s more immersive and allows you to move around in a new environment. Time will tell. 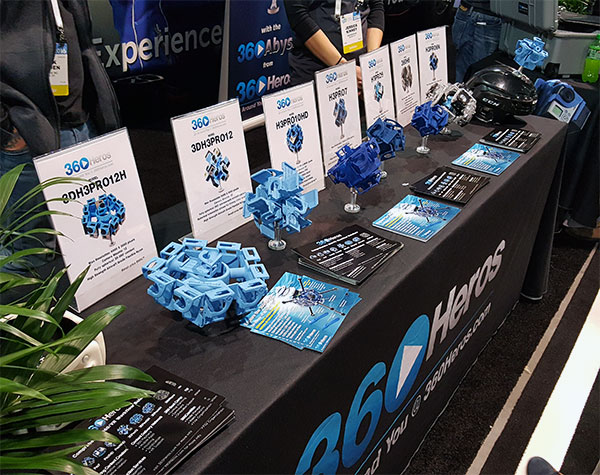 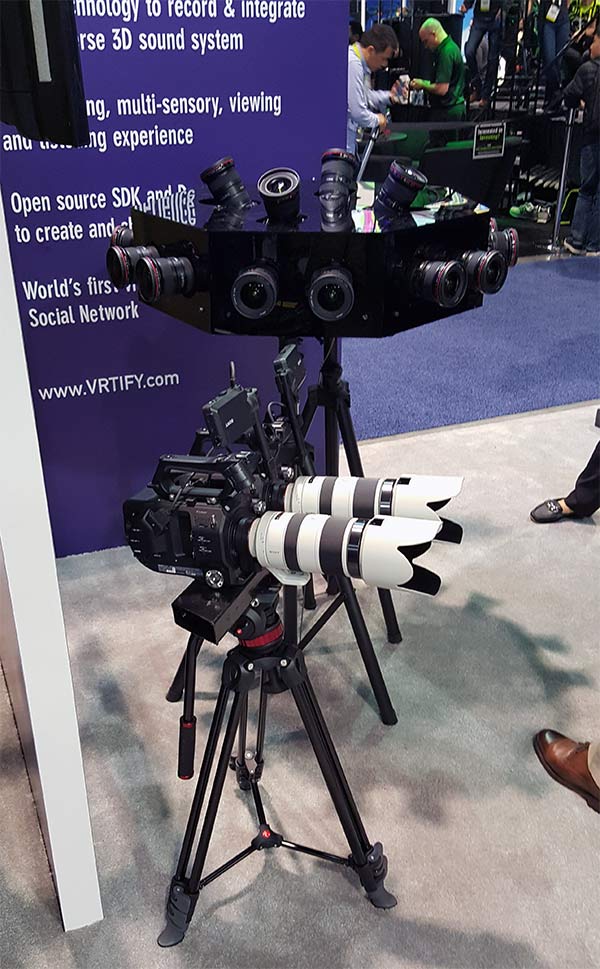 So. Many. Drones. Here at Applied Art, we’ve been piloting our own for a while now. But the range at CES was staggering. There were drones for commercial use and drones for hobbyists. Drones for racing. Drones with four propellers or three. Drones with virtual reality headsets.

I saw a full size, people-carrying drone that was generating plenty of buzz. It’s like a helicopter, but for personal use. No pilot’s license required and it’s controlled by a tablet. (161414). Its battery lasts 25 minutes and the thing gets up to 60 mph.

The thing was pretty cool, though I did get a little leery to see crash after crash in videos from their development phase. So I’m not sure I’ll be picking one up soon. Plus, the price tag for this one-seater is a cool $200,000-300,000! But one thing’s for sure: though we may not reach a Jetsons-like reality with personal helicopters, we are going to see a lot more drones for personal and commercial use in 2016. 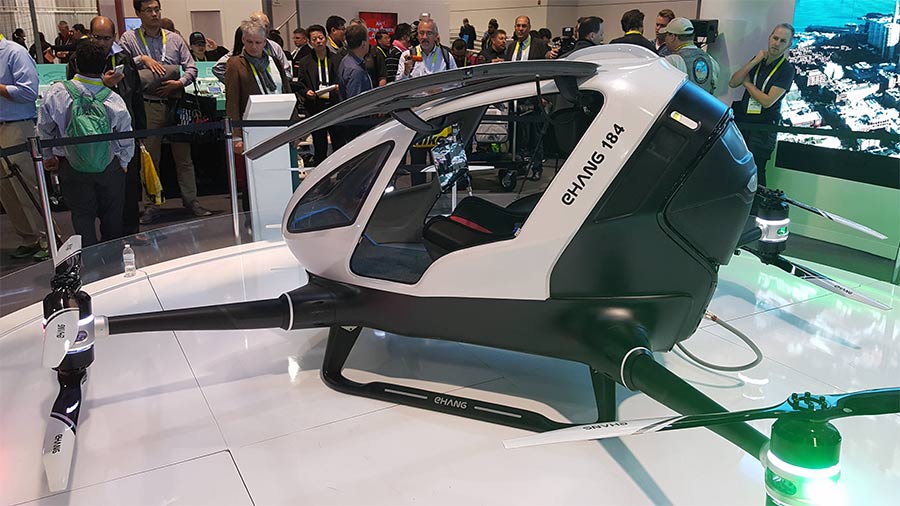 This has to go to a display at the Samsung booth. It looked like a giant wall of textured panels and a screen in the middle playing a video. And, while it was nice enough, it didn’t seem worth the pressing crowd gathered around. Until...

..the next instant, the screen separated into six pieces and slid apart – and the video also “separated” into six corresponding vignettes. The sections and panels shifted vertically and horizontally in choreographed patterns, “zipping” together sections of screen and matching the video with it, bringing the screens back together in seamless wonder. It took something familiar and did what seemed impossible – that’s the magic of CES.

Now that CES has come to a close, I'm looking ahead and asking, "What's next?" In particular, how will virtual reality technology be picked up by the consumer market as it's rolled out over the next quarter? If there's one technology that could change the face of how and what we develop, it's that.

I'm sure about one thing after seeing the spread of ideas and new tools at CES: When it comes to fresh ideas with surprising applications, the best is yet to come.