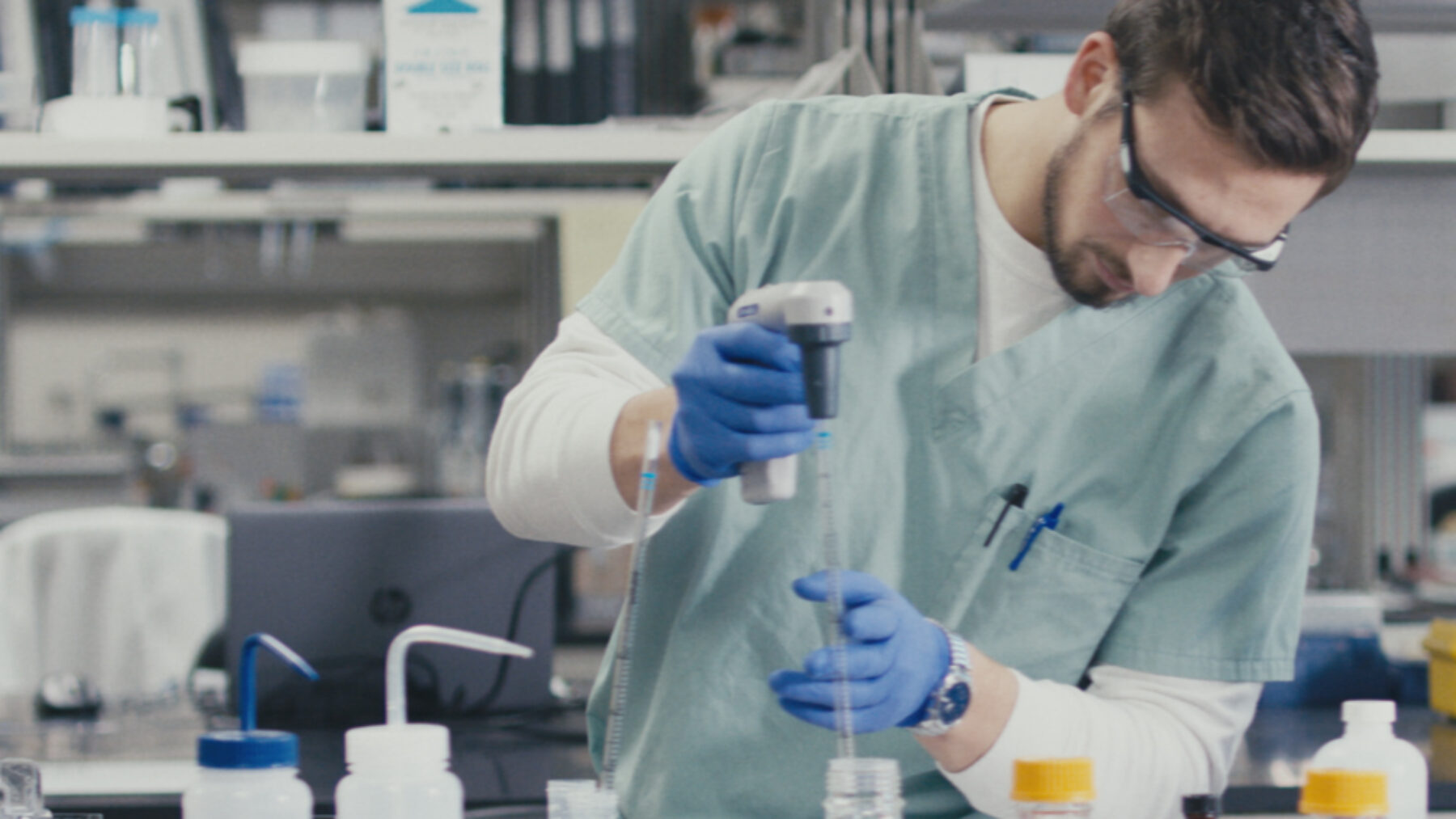 The goal of the campaign was to raise $25 million, to help optimize university facilities, support students and invest in faculty.

DMU representatives wanted to announce the campaign in a big way and generate excitement from the outset. So, they invited Applied Art & Technology to discuss creative and strategic plans for a campaign kickoff video.

Before meeting with DMU, our team conducted considerable research about the university and the goals of their new capital campaign. We wanted to have a full understanding of the university's character and values, which would inevitably influence our video's creative and strategic direction.

Above all, we wanted to gather a clear sense of what would be at stake with this campaign: the future of the university and its students. This led us to a creative concept that centered on real DMU students.

Moving away from professional talent meant inheriting a certain level of risk. We understood this, as many of the medical and health sciences students we cast had little to no prior acting experience. As a result, we spent much of pre-production fine-tuning the script and coaching our featured students to deliver their messages with emotion and energy.

In the end, our experiment paid off — to the tune of $25 million. The decision to spotlight real DMU students created a level of authenticity that professional talent simply wouldn't have been able to pull off. That authenticity and genuine emotion went a long way in inspiring donor action for the "Purple & Proud" campaign.

When our video debuted at the "Purple & Proud" kickoff event on the DMU campus, the response was overwhelmingly positive. Since then, the video has been used by DMU representatives in a variety of ways as a marketing tool for the capital campaign, from use in donor meetings to digital placement and social media.

As a tool for the capital campaign, our video proved to be extremely successful, as DMU exceeded their goal of $25 million last fall, almost a year ahead of their planned schedule. To date, the "Purple & Proud" campaign has raised over $28.8 million (and counting!). That's nearly $4 million over the campaign's original goal.

“I've come around to describing Applied Art & Technology as being in the hero-making business. They made my life a whole lot easier. They shared our opportunities, concerns, challenges and ended up giving us a product that greatly exceeded our expectations.”